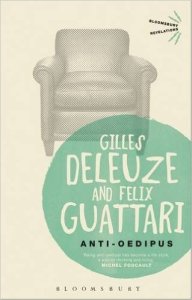 The collaboration of the philosopher Gilles Deleuze and the psychoanalyst Felix Guattari has been one of the most profoundly influential partnerships in contemporary thought. Anti-Oedipus is the first part of their masterpiece, Capitalism and Schizophrenia. Ranging widely across the radical tradition of 20th Century thought and culture that preceeded them – from Foucault, Lacan and Jung to Samuel Beckett and Henry Miller – this revolutionary analysis of the intertwining of desire, reality and capitalist society is an essential read for anyone interested in postwar continental thought.