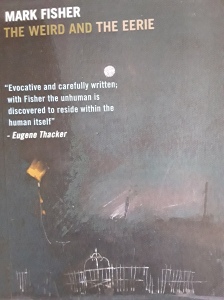 What exactly are the Weird and the Eerie? In this new essay, Mark Fisher argues that some of the most haunting and anomalous fiction of the 20th century belongs to these two modes. The Weird and the Eerie are closely related but distinct modes, each possessing its own distinct properties. Both have often been associated with Horror, yet this emphasis overlooks the aching fascination that such texts can exercise. The Weird and the Eerie both fundamentally concern the outside and the unknown, which are not intrinsically horrifying, even if they are always unsettling.

Perhaps a proper understanding of the human condition requires examination of liminal concepts such as the weird and the eerie.