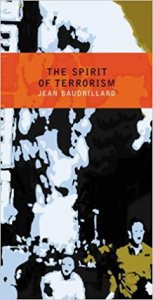 Baudrillard sees the power of the terrorists as lying in the symbolism of this slaughter. Not merely the reality of death, but a sacrificial death that challenges the whole system. Where the past revolutionary sought to conduct a struggle of real forces in the context of ideology and politics, the new terrorist mounts a powerful symbolic challenge, which, when combined with high-tech resources, constitutes an unprecedented assault on an over-sophisticated, vulnerable West. This new edition is updated with the recent essays ‘Hypothesis on Terrorism’ and ‘Violence of the Global’.